Thank you for your service Sir! He is pictured here with his wife. Presenters were Barb Robinson of Coulee Quilters and Lisa Fonville McCarty. 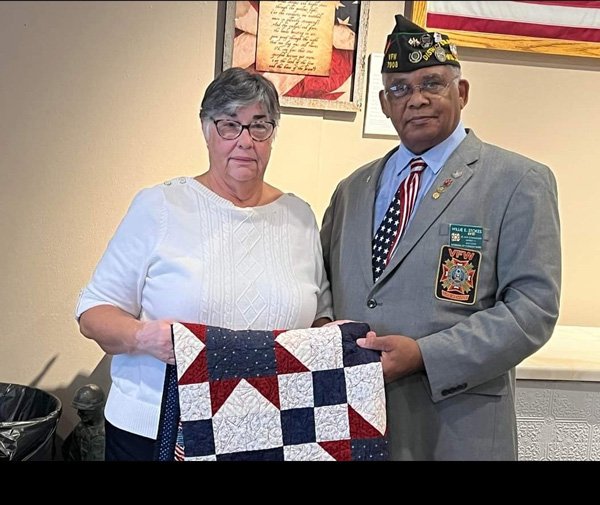 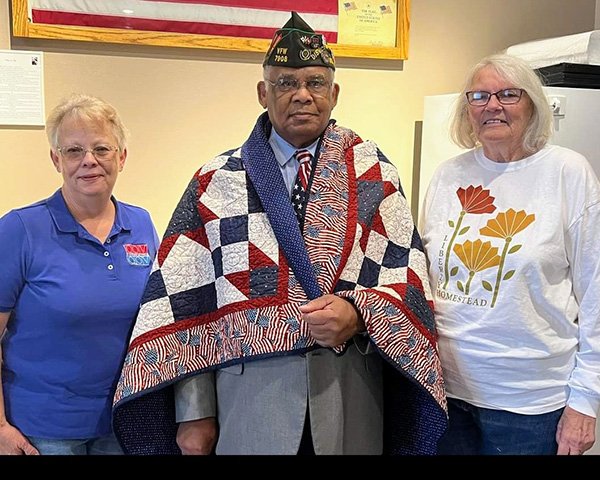